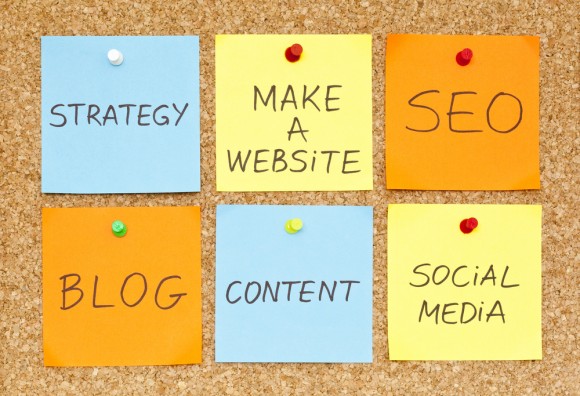 There are more than 200 ranking factors that affect –directly or indirectly- your rankings on search engines. Epigrammatically, some of these factors are the keywords in URLs, the title tags, the heading tags (the keywords that are included within the <h1> <h2> etc.), the quality of the content (in other words, the fresh quality content within a website), the anchor text, the keyword density, the overoptimization, the level of keyword stuffing, (if you have) duplicate content, the quality of backlinks,  the time spent on a website, the website architecture, are just some the 200 factors, or more that have an effect on your site’s rankings. All these factors ideally combined together can bring you optimal results.

One relatively new factor that plays an increasingly important role –and probably in the near future, within 2013, an even greater role- are the social signals that come from social networking sites,  microblogging services, social bookmarking services such as Facebook, Linkedin, Twitter, Pinterest, Instagram,  Stumble Upon etc.

How do social signals work?

In a very simplified way, this is how they work: 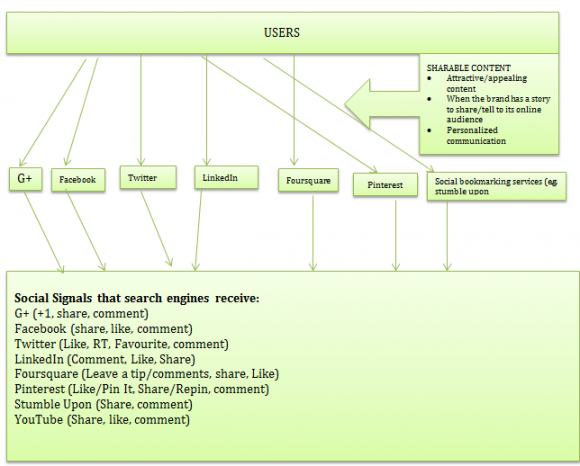 In simple words this is how it works:

Another factor that applies in cases like Twitter, g+, Pinterest, is the analogy of followers and following. One element that is taken into consideration by search engines is the authority of a business (or a person). It can best be depicted by the analogy of those you follow and you are being followed.  For example, on Twitter, if you follow 10 users and you are being followed by 10,000 users it is obvious that your company/business (or the individual) is an influencer in its field and the content that is being shared is considered trustworthy and reliable. Why?  Because the content of your business is shared by thousands of users in a non-spammy way (in other words all these RTs are not paid actions from the other users but organic actions)

As of 2010, major search engines like Google and Bing have publicly admitted that social signals are another ranking factor. This means that when your content is being shared by other users  via social media channels, it  consists of a social vote of confidence of users to your account. 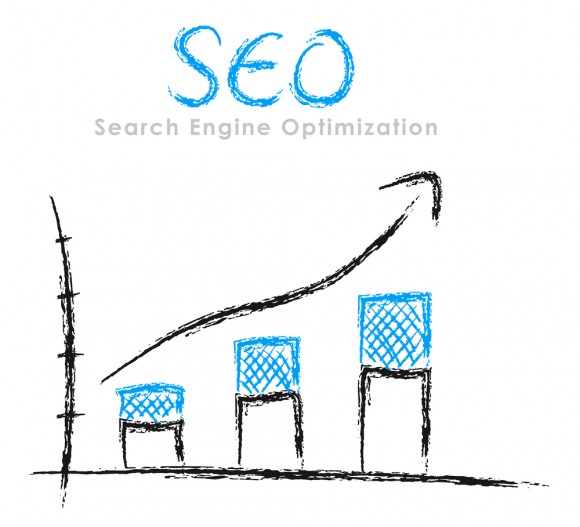 There are more than 250 social bookmarking services throughout the web. All these services promote content that is updated on a daily basis. If the content is promoted, and if other users find it interesting and worth sharing then it is likely that you will see a high spike on your graph line on Google Analytics and in some cases it is attributed to the high traffic that was generated (no more than 1 or 2 days)  by social  bookmarking services like Stumble Upon.

Also, within the measurement of your social media optimization (onsite) you will be greatly helped by the WuzzRank Calculator of Web SEO Analytics which shows how popular your webpages are.