Sasha Moran has a degree in Linguistics. She is a writer at Best Essays with a background in psychology, e-learning, and marketing. 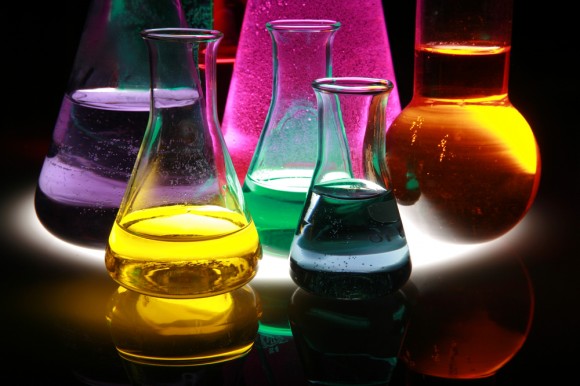 If you work is involved in the field of SEO (Search Engine Optimization) or you are an online business owner, then you are probably aware of the fact that SEO cannot be viewed as an exact science. The Internet is subjected to a constant change, and you simply need to adapt your knowledge and techniques with its ongoing development. This article will provide you with 11 experiments of that have been tested for their SEO efficiency – we will tell you which techniques are successful and which are less effective.

The test: When the real time search results were introduced by Google, the sudden result was that Twitter tweets became an inevitable part of the results. However, Google derogated those results shortly after they were introduced. This test is focused on finding out whether Twitter is still influencing the Google search results, by centering around one tweet that links to an un-indexed URL.

Conclusion: The results from this experiment clearly indicated that there still is a significant number of aggregator sites and scrappers that make it to the search results because of Twitter, although a little slower. When it comes to Google+, its evolution from social to search seems to be much faster and the results become available on the search engine within minutes.

The test: When an academic text or scientific paper is produced, the links should be spelled out according to the convention. They are simply written with no effective link. Does this make a difference for Google?

Conclusion: This experiment didn’t end with positive results on the matter. There aren’t a higher number of Internet users attracted to the new URL when compared to a situation in which the plain text URL wouldn’t be present.

3. The test of high volume blogging

The test: The traffic numbers of the website of a small financial business were totally flat for few months. When the website started an effective Internet marketing campaign, the developers started combining social media with regular posts in order to reach increased website traffic in long term. They were blogging continuously for 100 days and observed the effects.

The test: Is a certain site’s backlink effectiveness affected by the number of outgoing links featured on a site with high authority? Two new sites were used for this experiment, and a single backlink was added on two authoritative sites. The first site had thousands of links; and the second one had a humbler number of links.

Conclusion: This experiment resulted with the conclusion that the number of existing backlinks that are available on the site doesn’t have a serious impact.

Conclusion: This test showed that the ranking is not affected by the capital or lower letters. However, the capital letters have an effect on the URL – if it contains capital letters, it is probable that there will be a higher number of results.

The test: Google’s algorithm has a principle that it doesn’t display duplicate content in the search results. However, there is a possibility for the site that has copied content to hijack that content and appear in Google’s results, causing the site with genuine content to stop being listed in the results; if the copying sites get a higher number of backlinks.

Conclusion: This test turned out positive results. However, Google has some defenses that are able to prevent this unethical action.

The test: Is it difficult to recover from an update penalty? The test analyzes data before and after a Google update.

Conclusion: It is very difficult to recover the positive SEO results after a Google update and it certainly takes a significant amount of time. However, it is possible to recover the previous rankings if the SEO strategy is consistent and effective.

The test: The Search Plus My World feature by Google was supposed to make Google+ a more important factor for Google’s listings. Does this work?

Conclusion: A few +1 hits are not significant and they don’t provide any difference in the Google rankings. However, this feature does have an importance from another point of view. When an Internet user likes your Google+ page, it will come up on top for all of their friends.

The test: Smaller sites have a very hard time achieving high ranks after the Penguin update. Is it possible for a brand new website to get high rankings for a keyword quickly? In order to test that a brand new website was followed, with a number of backlinks featured on sites with high authority along with a specific keyword with similar phrases.

Conclusion: This strategy was proven as very effective. The subject of this experiment reached a high rank for the specific keyword.

10. Experimenting with negative techniques of SEO

The test: We often hear online marketers saying that we should stay away from methods that aren’t approved by the search engine, as they can cause the affected site to lose its rankings. For the experiment, a 3rd-positioned site for a certain keyword was subjected to a large number of spam links.

Conclusion: The warnings are true! The site subjected to this experiment fell down to the 14th position on Google’s search results for the same keyword.

The test: Not everyone knows that Google can actually alter the title, which displays as what the users see as the text for the link. This is known as a non-informative title. For this experiment, a new webpage was developed and its title was keyword-stocked.

Conclusion: Searching for what is supposed to be the right title of the page actually works. The page is listed in the result, but Google replaces the title with the name the user was looking for. However, Google puts that name in brackets in order to demonstrate that it was altered.