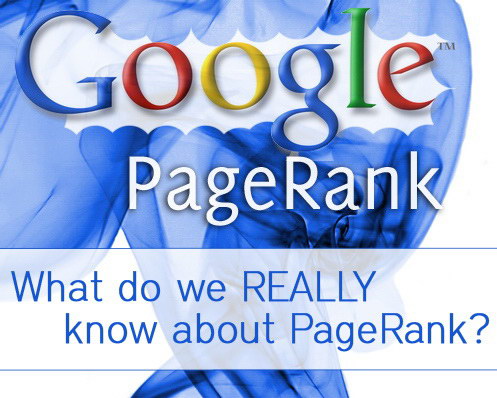 Few weeks ago Google announced the new series of Google Webmaster Help Videos and requested from SEOs and Webmasters to post their questions. One of the questions that our team posted was the following:

“If we add more than one links from page A to page B, do we pass more PageRank juice and additional anchor text info? Also can you tell us if links from A to A count?”

Even though we posted this question a week after the initial announcement, thanks to your votes (and the good will of Matt Cutts) here is the reply:

So, did Matt Cutts actually reply our question?

First of all let me say Matt that yes, this can be considered as a PageRank Sculpting question but mainly it was a question on how Google currently handles multiple links. Unfortunately you focused only how the initial academic paper described PageRank.

Also, as far as I know in the original academic paper of PageRank (The PageRank Citation Ranking: Bringing Order to the Web published by Page Lawrence and Brin Sergey), there was no clear indication on whether self-hyperlinks actually counted and how multiple links from page A to B were handled. In fact based on the context it seems that they more likely kept only one of all the links. And it was due to this vagueness that few years later Monica Bianchini, Marco Gori and Franco Scarselli from University of Siena published the academic paper Inside PageRank.

According to the authors of this paper, the reason why they decided to conduct more research on PageRank was because “In spite of its relevance, the theoretical properties of PageRank are only partially understood. In order to explain the computational properties of the algorithm, most of the authors [Ng et al. 2001b; Zhang and Dong 2000; Brin et al.1999] cite the general theory of Markov chains [Motwani and Raghavan 1995;Seneta 1981]. However, such a theory can be applied to PageRank only under the assumption that the Web does not contain dangling pages.”.

In the same paper the authors introduced the notion of energy “which represents the sum of PageRank for all pages of a given community”. The community can be a single website or a group of websites (that’s a useful method for detecting 3-way linking, isn’t it? 😉 ). In this paper we can find the detailed mathematical description of how the maximization of the Energy of a particular community (website) can be achieved and what exactly are the effects of outgoing links to the total Energy. Similarly to what the PageRank sculpting technique is trying to achieve, the authors of the article describe the effect of those outgoing links on the total Energy of the community and propose ways to maximize the total PageRank of specific pages.

Do we really care?

On the above academic paper, it is clearly shown that depending on how we treat the above links the PageRank distribution heavily changes. This becomes even more obvious when we have to find which pages are considered Dangling pages. Due to the fact that Page and Brin have not clearly defined in the original paper how PageRank actually treats self-hyperlinks, the authors of the above academic paper conduct separate research for each case. In the first case the self-hyperlinks are considered and in the second they are not. The different results are presented in their analysis.

So, since Google continues to suggest that PageRank is still one of the important signals in their algorithms (1 out of many signals), I think that we ought to care. What is the effect of multiple links from page A to B? How does the editorial weight changes? How many anchor texts are actually passed? If a single anchor text is passed, does Google try to select the most relevant one or they select only the first one (this has serious implications on the example of the “linked logo” that Matt Cutts mentions on the video)? Do self-hyperlinks count and do they pass PageRank and anchor text?

Obviously we are not asking from Google to disclose sensitive details on how they operate but rather for the general policy that currently Google has for such cases.

The most likely scenario

By far the most likely scenario is that Google does not conceders self-hyperlinks at all because this could be easily manipulated and also it does not make any sense in terms of authority. Moreover Google probably takes into account one of the links, probably the one that is more likely to be clicked by the user (position, styles, font size etc). Concerning the anchor text that it is passed, it is quite likely that they take into account all the anchor texts but they pass the one that is more relevant to the target page.

That would be my guess on how Google handles the above cases. So once again Matt, how do you count self-hyperlinks and how do you handle multiple links to the same page? 🙂