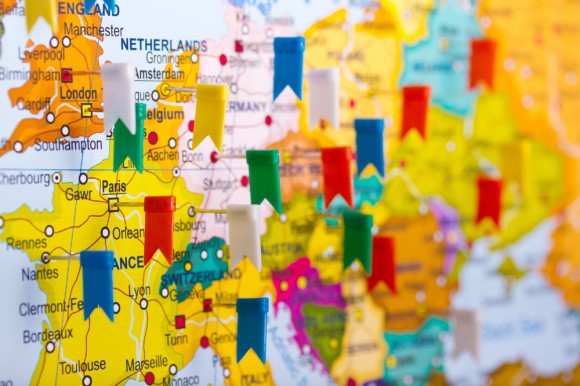 As most of you know, Google allows you to set the geographic target of domains with generic TLDs (.com, .net, .org etc) via Google Webmaster Tools console. Webmasters that own such domains are able to use the geotargeting feature in order to indicate that particular segments of their websites target in different countries. Those segments can either be subfolders or sub-domains of the main website.

As discussed in previous articles, the Geotargeting feature is extremely effective for SEO since it gives a significant boost on the rankings of the website in the targeted Country Version of Google. This means that if you own the domain example.com and you specify that the subdomain fr.example.com targets in France, then this domain’s rankings on Google.fr will improve significantly. At the same time, this will have the opposite effect on the rankings of the subdomain in the other Google Versions (google.co.uk, google.com, google.de etc).

What about the Domains with ccTLDs?

The domains that have country specific TLDs (also known as country code TLDs – ccTLDs), are not allowed to use the geotargeting feature on Google Webmaster Console. This is because Google considers that the entire domain is already targeted to the country related to the ccTLD of the domain. So if you own the domain example.fr, Google considers that your entire website is targeted in France and thus if you create the subdomain de.example.fr you will not be able to target it in Germany.

What does Google say about this?

Back in July, we posted the following Question on Google Moderator and Matt Cutts replied us with a Google Webmaster Video:

As you can see Matt did not mention anything that changes what we already know. Here are the main points of his reply:

So, are you really “swimming upstream”?

At first glance, trying to target a website with ccTLD to a different country is not really helpful for the users. On the other hand trying to use geotargeting for a particular segment of the website makes more sense but still it is not the best option. Nevertheless there are 3 important exceptions to this rule.

1. Websites related to the Hotel Industry

Websites related to the hotel industry need to use geotargeting even if they have country specific TLDs. If you are the webmaster or if you are doing SEO for a hotel in Santorini (one of the most beautiful Greek Islands), it really makes sense to use a website with .GR top level domain. It also makes sense to have a segment of the site dedicated to important markets such as the French. One of the basic things that you will do in order to build an effective campaign targeting toFrance is to translate the website in French and to publish special offers and services specifically for travelers from France.

Unfortunately though, due to the limitation imposed by Google you will not be able to set geotargeting toFrance for this website segment because the entire domain is already targeted toGreece. Also you might not be able to buy an .FR domain because according to the rules French Domains can only be registered by individuals and companies located inFrance. (Even though this changed a couple of months ago, this is a common problem with other restricted ccTLDs).

So at the end of the day, you have a subdomain or segment of the website which is highly relevant to people from Franceand at the same time it is geotargeted to Greecein Google Webmaster Console. Does this make sense?

As Matt said on the video, there are several TLDs which even though they are related to specific countries, they are used by a large number of people as generic. The most popular TLDs are the .co, .fm, .me and .tv. Fortunately Google treats those ccTLDs as Generic and thus the Geo Targeting feature is enabled in Google Webmaster Console. Here is a list of all the ccTLDs that Google considers generic: .as, .bz, .cc, .cd, .co, .dj, .fm, .la, .me, .ms, .nu, .sc, .sr, .tv, .tk and .ws.

3. Websites that use Domain Hacks

Another reason why someone might choose a specirfic ccTLD is because he/she uses Domain Hacks. The Domain hack is basically a domain-name which combines the various domain levels and the TLD, to spell out the full name of the website. Few of the most well known domain hacks are del.icio.us, goo.gl, fold.it and youtu.be.

So based on the above, one could suggest that it makes sense in many cases to have a country specific domain and at the same time make use of the Geo targeting feature. Would not it be better for all if Google had as default setting the country of the ccTLD and at the same time allow the webmasters to change this option?