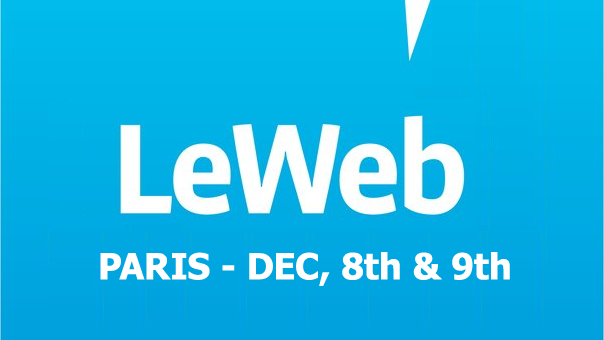 The LeWeb, one of the biggest and most popular Internet Events of Europe, will take place in a few days (December 8th & 9th) in Paris. It will be attended by more than 2500 Online Marketers, Entrepreneurs, Investors, Bloggers and Journalists and it will bring together the most influential people of the Internet ecosystem.  Focusing on the new technologies and on the key issues of web, the LeWeb event is a great opportunity to learn about the trends, discuss ideas and communicate with other internet professionals.

Most of the leading internet and technology oriented companies will attend and participate on the event. Here is a small sample of LeWeb`10 Speakers:

Except of the Plenary Stage where the main program of LeWeb runs, there are also the Startup Stage (a dedicated space for the startup competition), the DemoZone (a dedicated area for companies to showcase their technology and products) and also lots of Workshops rooms and Networking Zones.

Web SEO Analytics will be at LeWeb, so if you plan to attend it or if you will be in Paris between 6 and 10 of December, make sure you send us an email or a message on Twitter at @webseoanalytics. We are looking forward to meet you, discuss, exchange ideas and explore potential collaborations.

For those of you who are interested in attending the event, hurry up and register because there are limited tickets left. For the rest, stay tuned because we plan to cover the event on our Blog and on Twitter (check out hashtag #LeWeb).

See you at LeWeb 🙂